Over the course of its short history, Metropolitan School has hosted many important public figures, each of

In our continuous efforts to promote our values and raise a generation of Ethical Citizens, Metropolitan School’s students, parents, teachers, and staff members were excited to celebrate our annual ‘Egypt Day’ celebrations on June 9th, 2022. Egypt Day is always the opportunity to expand our students’ knowledge about Egypt’s great history and instill passion and loyalty to the country through engagement in various activities. This works as well as a great opportunity to share the love and respect of our country with our non-Egyptian students and families.

Additionally, on this special day, Metropolitan School was honored to welcome its esteemed guests of honor; His excellency Prof. Dr. Mohamed Awad Tag El Din, the Advisor to the President of Egypt for health and prevention affairs and former Egyptian Minister of Health – Mr. Alaa Thabet, Egyptian journalist and currently the editor-in-chief of the Al-Ahram Newspaper and a member of the board of directors of the Al-Ahram Foundation – Dr. Hossam Ezz El Din, ACT college admission exam representative in the middle east.

Metropolitan School was honored to partner with ACT as the first school in Egypt to obtain official accreditation and license from the Ministry of Education to offer Met Campus as the first ACT exam center in Egypt. – Captin Shawky Gharieb, former football midfielder who played for Ghazl El-Mehalla and the Egypt national football team. Mr. Ghareeb, managed the Egypt side that won the bronze medal at the 2001 FIFA. Last but not least, our esteemed young guest, Egyptian karateka world champion and first female Egyptian to have won a gold medal at the Olympic Games, Ms. Feryal Ashraf. 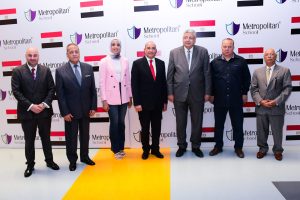 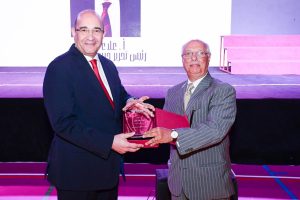 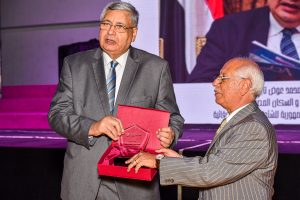 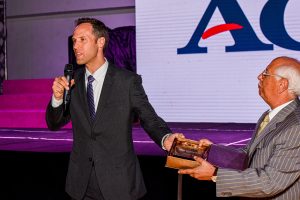 Metropolitan School had the honor to welcome a number of ministers, families of Egyptians who lost their lives serving their country and symbols of the Egyptian armed forces and police who joined us and participated in the ‘Love of Egypt’ ceremony, in the framework of promoting Egyptian principles and identity among students. The Minister of Information, Usama Heikal, Dr. Jalal Al-Saeed, former Minister of Transport, Brigadier Ayman Saad, representative of the Ministry of Interior, Captain Shawqi Ghareeb, and many other esteemed guests were honored by Dr. Sameh Fouad Habib, President of Metropolitan School and Mr. Seif Habib, Met Chairman. The celebration also witnessed an exhibition of products from the most prominent Egyptian national companies that aimed to introduce the quality of their Egyptian products and stimulate purchase to support the Egyptian economy. In April, 2017, Met had the honor of welcoming Prof. Ahmed Zaki Badr, the former Minister of Education, along with other public figures, to Egypt Day 2017. They enjoyed our two-hour live performance by Metropolitan students, followed by an Egyptian “souk” by which the school promoted local industries and hosted numerous Egyptian retailers. This initiative to support the Egyptian economy is part of Metropolitan’s mission and one of its  pillars. On another occasion, the Metropolitan family led a fundraising initiative for “Tahya Misr”, supported by Dalia Khourshid, the Ministry of Investment, Met was honored by her visit along with the chairman of  “Tahya Misr” in a donation collection and allotment event.It was an honor to welcome Mr.Mohamed Hemdan Ashmawy, Tahya Misr Fund CEO, who accompanied the minister during his visit to Metropolitan School. In August, 2017, the Minister of Foreign Expatriate Affairs, Nabila Makram delivered a speech to Met students about how they can support our Egyptian youth living abroad by deepening our sense of nationalism, Egyptian identity, and loyalty towards their country. This visit is a part of Metropolitan’s intention to maintain its Egyptian identity, which is a key component of the school’s vision.